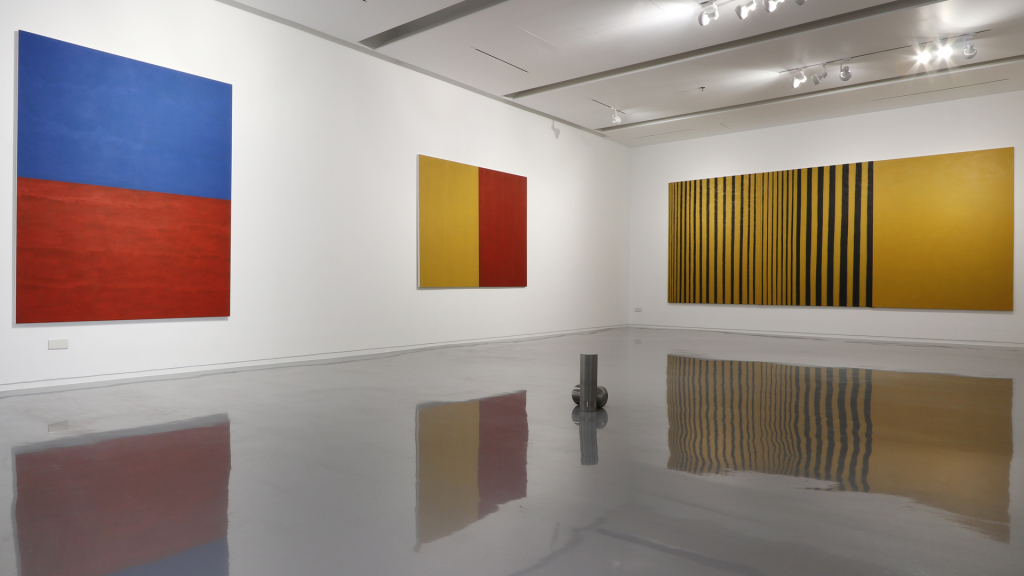 Tenderness, intensify, and subtly intellect. All is communicated by his adriot uses of “colors” and “lines” as fundamental. Yet to him, the ability to envision newer compotitions is endless. Through observations, experiments, experiences and transitions of life, all grow into a different story. Some are powerful, some are calm. That is just like a human life.

From the west gallery (previous article) to the central gallery where is a large space, we will separate into 2 part. The first part is a color paintings, for the black and white paintings and the metal sculpture will present in the next article. 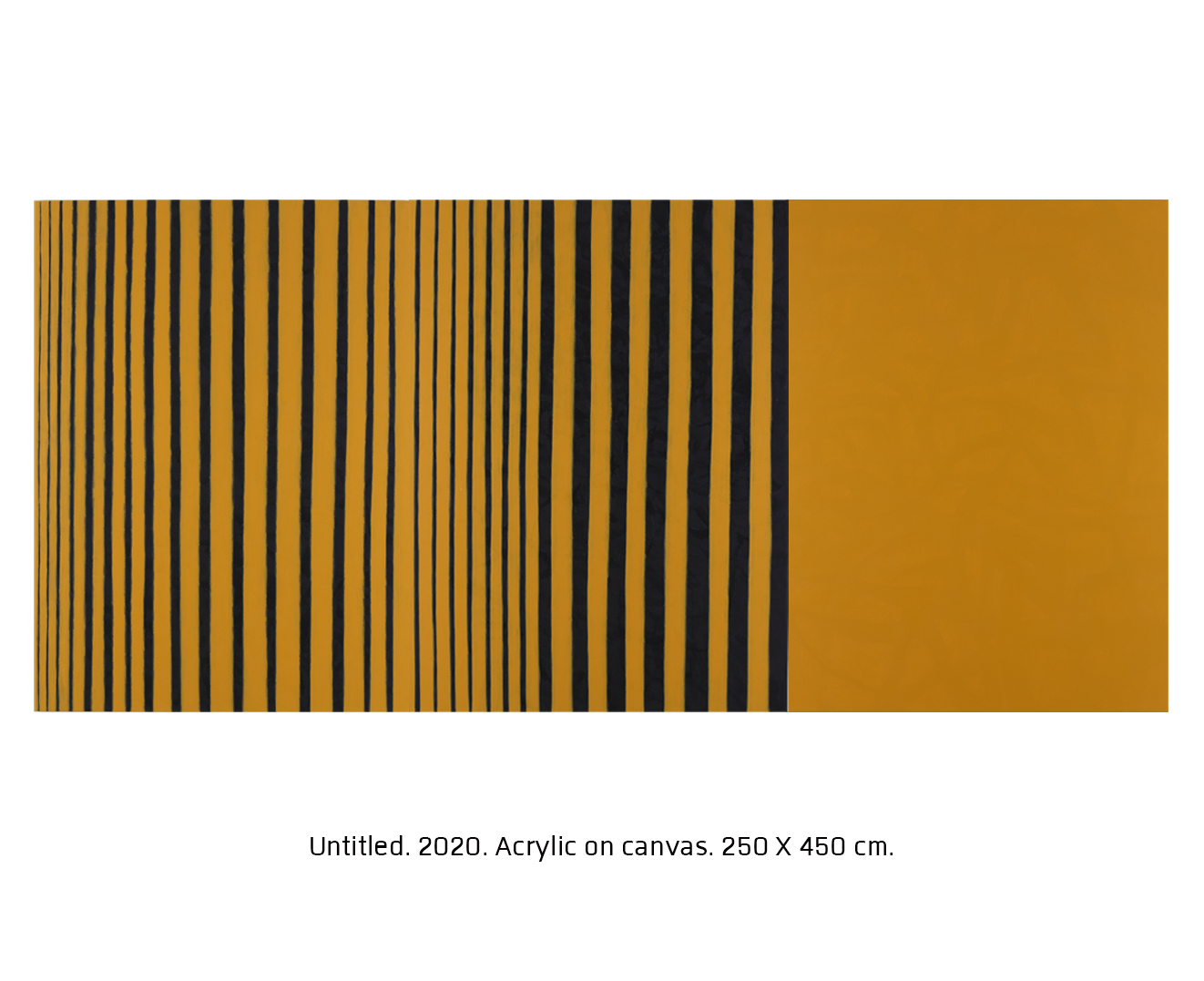 Normally, the artist uses ‘Line’ as his main technique. But even then, he has created an approach of thinking by using lines and colors to rearrange in the ways he had never been done before. With simple and plain elements through this large canvas, the lines then act their own tales. Creating a new dialogue that is relevant to the layout with other works. Resulting in mutual interactions. 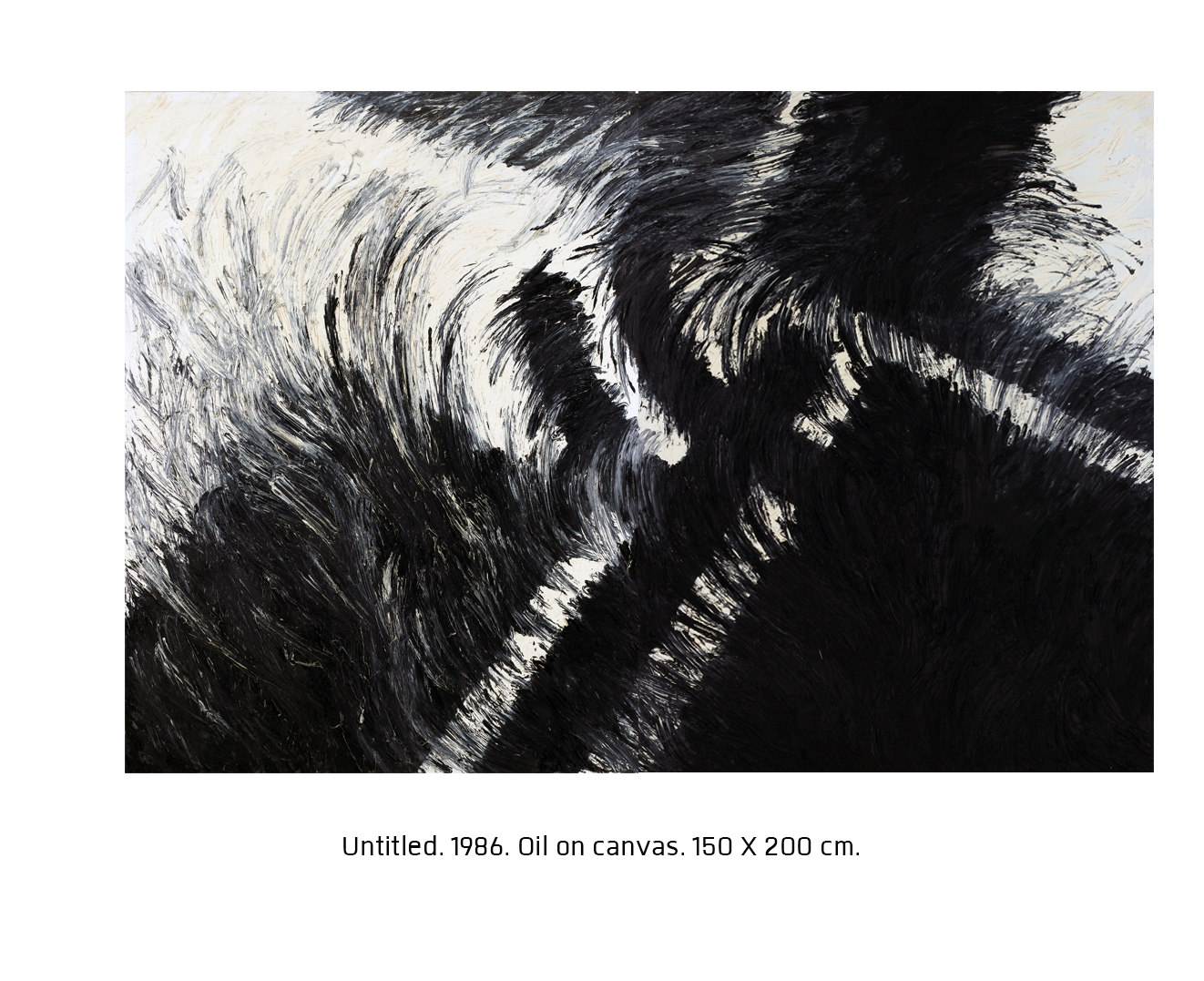 Hidden between the lines, comes such peaceful, yet intensify on self-empowerment. This may be the form or pattern that most people are familiar with the artworks of Somboon Hormtientong. Until he comes to the transition period by using new oil painting techniques through violent movement lines, without using brushes or equipment but a palm instead. Conveying to us the tenderness excitement, yet verging on the background is still remarked with the line-drawing base. Looking back in time, since he did first drawing works and relied only on knowledge or techniques of some period. Time passed makes experiences stronger. His palm is therefore used as a medium, to reach out tone wide as. 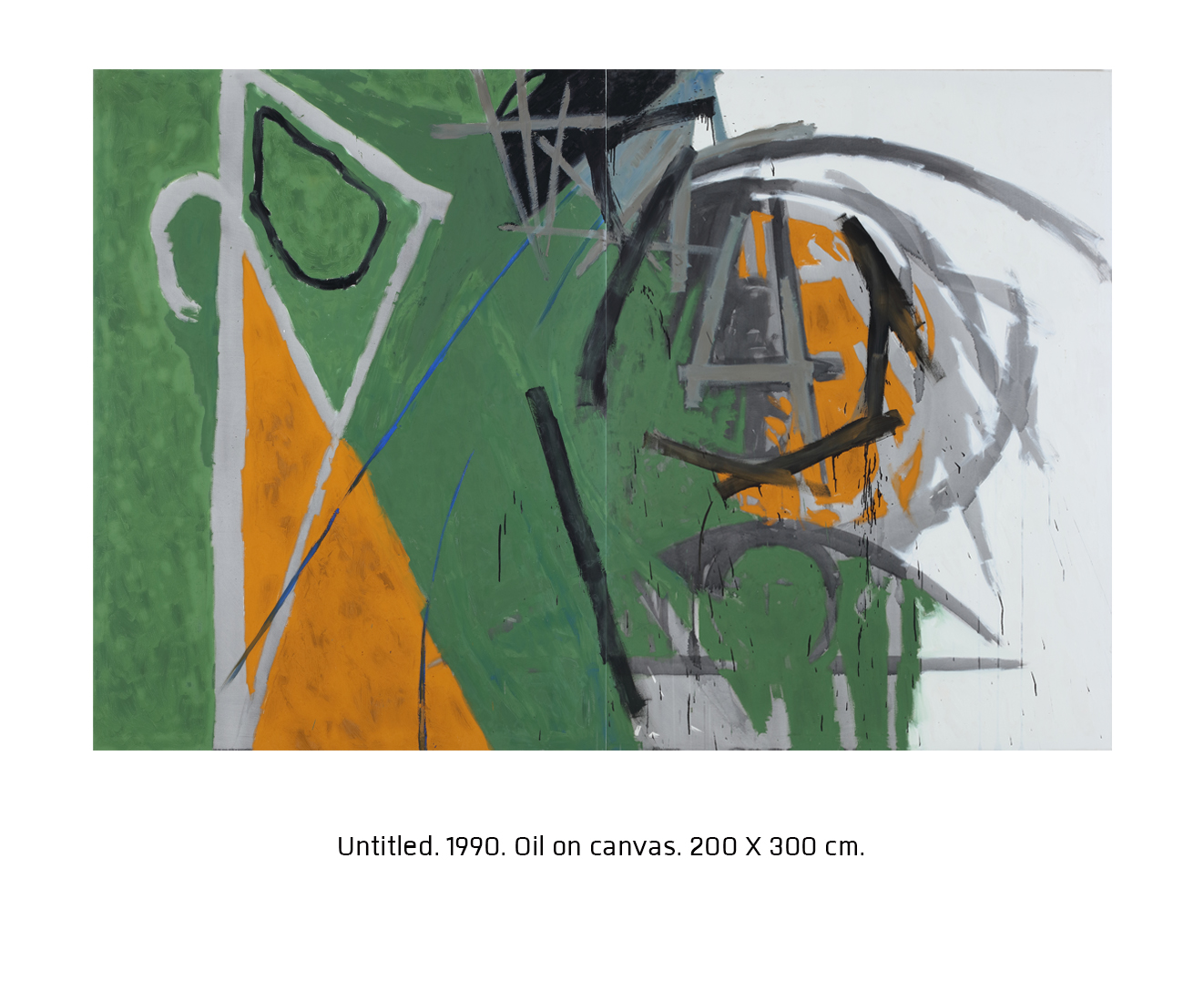 During our lifetime, more too often humans encounter changes.Just like Somboon Hormtientong, these works were memorably made during his journey of life. Return to simplicity and ease, it was anew experiment that he has never done before. From there, it was uncovered and widened, leading to the recentstyle of painting. 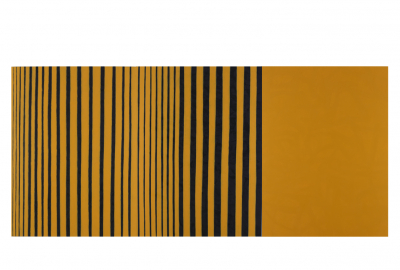 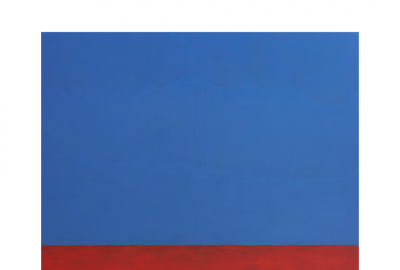 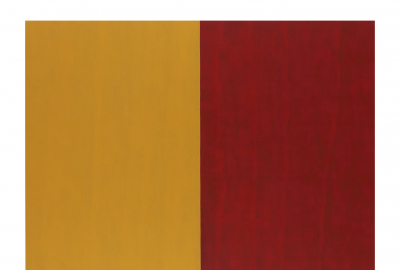 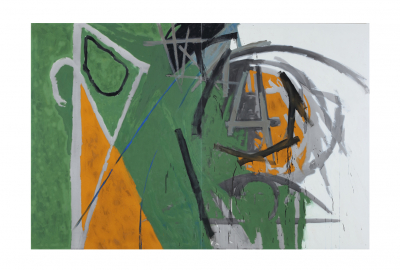 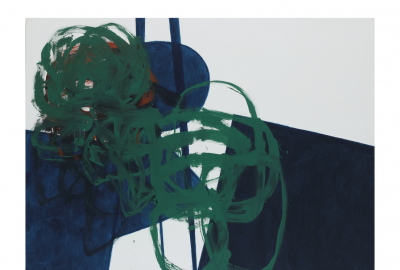 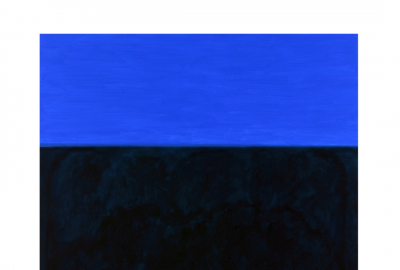